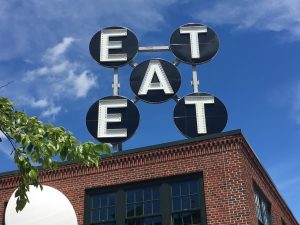 Um…hey…how’ve you been? Great to see you again. I think it was last February, if you can believe it. Yeah, time does fly during lockdown. Or does it stand still. Either way, it’s been a while.

I wanted to let you know that I’m back and posting regularly again. Thanks for sticking with me, or at least forgetting to unsubscribe. I’ll try to make it worth your while.

Rick Eats DC may look a bit different this time around. I probably won’t do as many long restaurant reviews. It’s not hard to see where online media is going — shorter, pithier, and to-the-point. I hate to contribute to the shortening of the American attention span, but isn’t that a shame about Simone Biles?

The other reason I’m changing the blog is a bit harder to get my head around. Maybe it’s just post-pandemic cobwebs, but for some reason I’m no longer as obsessed with the latest restaurant openings or industry gossip. I don’t need to have an opinion on the latest pop-up in Union Market or feel disappointed that Lucky Danger is expanding to Arlington and not Bethesda (ok, that second one is not quite true; I’m devastated that Lucky Danger picked Arlington). Anyway, look for less chasing of the new, new thing and a more eclectic mix of whatever I come across that happens to be delicious. This approach should also lend itself to reporting on good bites here and there around DC where a full review wouldn’t be warranted.

The format will be “The Best Things I Ate This Week” — mostly restaurants, but occasionally a dish I made at home (in which case I’ll include the recipe). Occasionally it’ll be a walk down memory lane or a food rant about what’s upsetting me that week. Today, for instance, I’m worked up over how the FDA caved to Big Watermelon to allow watermelons to be marketed as “seedless” even if they have hundreds of seeds, as long as the seeds are light-colored and not dark. I’d be fine if they said “dark seedless” or “seedless except for ones you might not mind eating” but they don’t. It’s a scandal, or at least it should be. Nancy, where’s my Select Committee?

Anyway, it’s good to be with you again. Here’s what I liked this week.

The best end-to-end meal of the week was at Reveler’s Hour, a relatively new spot that opened just around the corner from sister-restaurant Tail Up Goat. Reveler’s Hour and TUG share a similar sensibility — eclectic farm-to-table with a Mediterranean bent. Start by sharing some apps — a salad, something bite-sized from the fryer, or anything involving toast — then move on to any of the pastas and consider ordering a lovely sweet-and-spicy half-chicken for the table like we did — i.e., without a hint of shame. 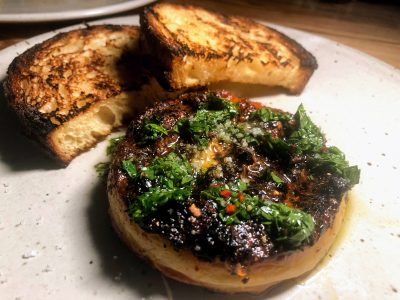 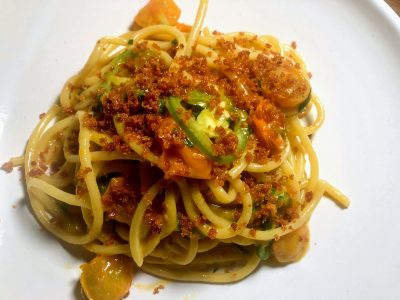 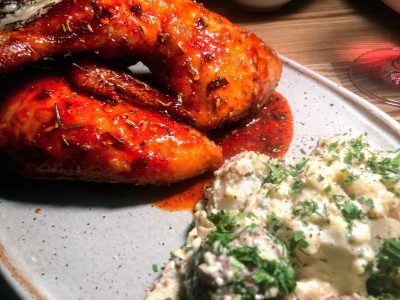 Dauphine’s opened just a few months ago but may already be hottest ticket in town. Well-known New Orleans Chef Kristen Essig moved to DC and joined forces with Kyle Bailey of The Salt Line to create a New Orleans experience complete with a pretty wrought-iron-and-white-tile-festooned dining room and upscale takes on head cheese and Hurricanes. I had the best luck with the less expensive offerings like the Po Boy with beef debris and fried oysters, the collard greens, and most definitely the pommes souffle — which are basically like puffy fried potatoes, a bit crispy, a bit chewy, and a bit salty, which you dip in bearnaise sauce and then take a moment). Not that anything wasn’t good, but I ended up wishing that some of the dishes, like the gumbo and blackened bluefish, had a bit more oomph. But my holy grail is big flavors; your results may vary. 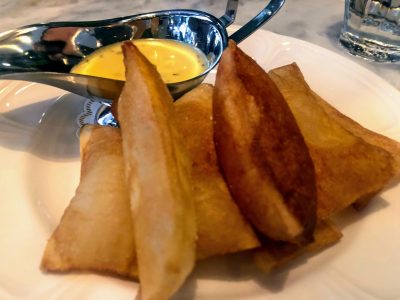 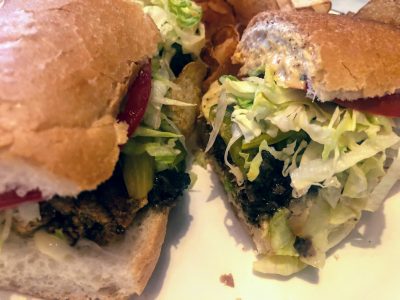 It’s always hard to order anything at Le Dip other than the steak-frites or the Burger Americain with fries (you can see the pattern here). Truth be told, sometimes in the past the steak has been a tad gamy, but this time it was perfect. It didn’t hurt that I was eating it on a patio so evocative — some would say in a cheesy-Epcot sort of way, but I’m a fan — on one of the nicest days of the summer. Do yourself a favor and go for lunch when tables are easy to come by and you can pretend you’re hanging out in the 14th arrondisement rather than on 14th and Q. 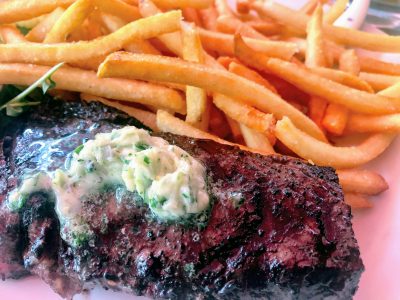 Even casual readers of the blog are probably sick of hearing how much I love XO sauce. So while I’m a fan of almost everything that comes out of the ChiKo kitchen, the shrimp & toast with XO sauce is my personal kryptonite (or for those of you under 25, I stan this dish because it really slaps). To me, it’s like my favorite kind of diner food reimagined through an Asian lens — a protein slathered in delicious gravy with some kind of bread or toast to dunk and swab around. And did I mention the XO sauce? Plus at $11 it’s a bargain. 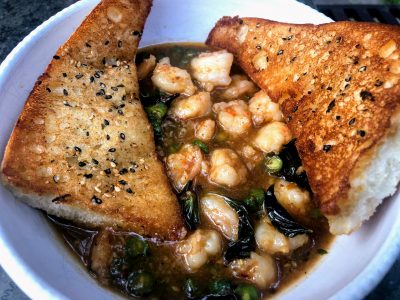 That’s it for now. Tune in next week when hopefully I’ll have eaten something else delicious. If not, you may be subjected to the text of the letter I plan to send to the head of the FDA asking what’s next with your bogus light-colored seed exception — you going to declare cantaloupes seedless too? Oh, I know. It’ll sting. Heads may roll. But like this blog, change doesn’t come easy.