My name is Rick and I’m a foodie.

I suppose it was inevitable. My very first memory is the smell of bacon. I was three years old and sleeping in my attic bedroom when I was gently roused by that unmistakable smoky scent and said to myself — decades before Homer Simpson — “mmm…bacon.” That’s the whole memory. I can’t tell you what I was wearing, what the room looked like, or how quickly I got out of bed. It was all about the bacon.

By the time I was six, my budding foodie-ism was becoming evident. I was a pro at making Swanson’s TV Dinners, back when they still came in foil that you cooked in the oven. I knew just how to fold back the foil to expose the apple cake cobbler so it came out perfect. My siblings drove me crazy. They’d shove their TV Dinners in the oven and eat whatever came out. They didn’t check on it. They didn’t care about folding back the foil. They never stirred the mashed potatoes to ensure even heating. What was going through their heads? Why not take a few seconds and make it so much better?

It was the first inkling I had that not everyone thought like I did.

I’d go to the State Fair with my friends and we’d stop for a corn dog. My friends would take whatever they were given, even one that had been sitting around for god knows how long. I’d always ask, as casually as I could, if I could have one that just came out of the fryer. Then I’d brush on a nice even coating of yellow mustard to create the perfect mustard-to-cornmeal-to-hot dog ratio — at about the same time my friends were tossing their sticks in the trash.

In law school, my favorite book wasn’t some tome about torts or civil procedure. It was Food Finds by Allison and Margaret Engel, who gathered the country’s best regional and specialty foods into a big soft-cover compendium. Whenever I had the money, I’d order goodies like candy from the nuns at Mount St. Mary’s abbey, Dutch chocolate from Des Moines, chili from Chugwater, Trappestine Creamy Caramels or Cherry Hut Sundae Sauce. This was all pre-Internet, so ordering wasn’t easy. You had to call the producers directly, sometimes during office hours, often without a toll-free number. My roommates didn’t quite get it but were happy to eat whatever showed up on our doorstep.

The word “foodie” wasn’t common back then but I clearly was one. We did have “gourmets” and “gourmands” (terms I still use interchangeably), but I always thought of gourmets/gourmands as a snooty bunch that had little to do with my experience. Foodies think about food a lot but it doesn’t have to be anything fancy. We like nothing better than chasing down great food in modest places — the perfect slice of coconut cream pie in Culpepper is as exciting as the Oysters and Pearls at Per Se — or finding the definitive version of humble foods like caramel corn (Garrett’s in Chicago, for my money).

The main thing to know about foodies is that we’ll go to almost any lengths for the perfect bite. Take the lines at Rose’s Luxury and Bad Saint. Wait outside for three hours for new tastes and new combinations that you can’t get anywhere else? Most people would say no thanks, let me know when the lines die down. For foodies, it’s a no brainer. When you’re chasing a high, three hours of your time is a tiny price to pay.

That kind of zealousness makes us an easy target. There are two restaurant ordering scenes in When Harry Met Sally — most famously the “I’ll have what she’s having” scene, but the one I’ll always remember goes like this:

Waitress: What can I get you?

Sally: I’d like the chef salad please with oil and vinegar on the side, and the apple pie a la mode.

Sally: But I’d like the pie heated, and I don’t want the ice cream on top. I want it on the side, and I’d like strawberry instead of vanilla if you have it. If not, then no ice cream, just whipped cream, but only if it’s real. If it’s out of the can, then nothing.

Waitress: Not even the pie?

Sally: No, just the pie, but then not heated.

The scene rings particularly true because the screenwriter, Nora Ephron, was a true foodie. So we’re even self-deprecating!

But foodies still set people off. You can be obsessed with working out, attending sporting events or watching Game of Thrones and no one will bat an eye. An obsession with food, however, is somehow morally suspect. Maybe it’s a religious thing. Gluttony is, after all, one of the seven deadly sins. Or maybe people feel like foodies have a negative impact on their own enjoyment. No one has to attend a Nats game but everyone has to eat. You don’t want some foodie looking over your shoulder and telling you you’re doing it wrong.

Let me just say a couple of things in our defense.

First, I acknowledge there are some annoying foodies out there, just like there are annoying people in any group with a specialized interest. Some will inevitably take themselves too seriously and expressly or implicitly criticize others for not caring about whatever it is as much as they do. If you’re a foodie and the people you’re with don’t care what cuts of beef the chef ground into their burger, shut the hell up. (On the other hand, if they try to order their burger well done, it’s your obligation to stop them at all costs; no jury in the world would ever convict you.)

Second, foodies aren’t selfish. To the contrary, we perform an important public service. We make life better for everyone, even if we do so by pursuing our own self-interest. Like the Game of Thrones enthusiasts whose devotion means there will be more high quality shows in general, we all benefit from the rising tide of food quality because of foodies’ obsession. Who do you think stood in line in frigid Madison Square Park to get Shake Shack off the ground? Not people who thought McDonald’s Quarter Pounders were just fine. Who do you think was willing to spend a bit extra for Honeycrisp apples? Not those who thought Red Delicious were good enough. The same goes for parmesan cheese, craft beer, clementines, non-iceberg lettuces, and on and on. In each of these cases, foodies drove change that ultimately benefited us all.

So the next time you see a long line of foodies standing outside Rose’s or Bad Saint, don’t get annoyed. They are making your life better, whether they know it or not. They are like bees going off to gather pollen. They may not care about anything other than supporting the hive, but in the end we all get the honey.

I am one of them. I’m a foodie and proud to stand with my foodie brothers and sisters. Enjoy the honey. 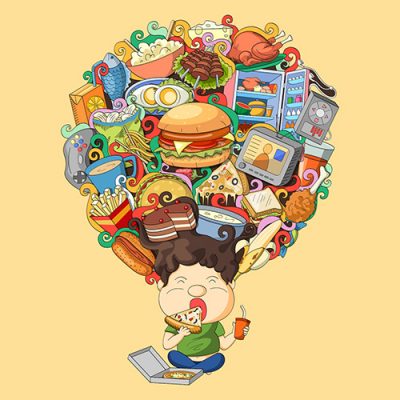