The pace of DC restaurant openings never seems to slow. The conveyor belt is relentless. I’m eating as fast as I can but I can’t keep up. I’ve managed to report on several new places that I’ve loved recently like Seven Reasons, Cielo Rojo, and Mama Chang, but there are so many others that deserve attention. Just in the past month, I’ve eaten in a slew of new restaurants that I’d ordinarily post longer pieces about — and still may — but rather than let too much time go by, I thought I’d give you my thumbnail reactions. Even a brief written round-up seems more helpful than asking you to piece things together from my Instagram feed. (I can hear everyone under 30: Ok, Boomer.)

Anyway, here are seven new spots I’d recommend, listed in order of how smitten I am.

I can’t say I’m surprised that Emilie’s ended up in the top slot. Chef Kevin Tien seems to know what I want to eat before I do. Was I craving a take on cacio e pepe involving champon noodles, miso butter and celery? Not really, but now I wonder what was I thinking. Be sure to order at least one of the larger plates meant for sharing. Tien is rightly famous for his fried chicken, here prepared with ranch seasoning and served with Texas Toast. The whole branzino is lovely as well; my friend and fellow-blogger Lori has started a public crusade to keep it on the menu that thankfully seems to be working. I haven’t yet tried the third large plate — Vietnamese pork blade steak — but I saw enough of them delivered to other happy tables to vouch for it too (I’ll be going back in a couple of weeks just to confirm; no need to thank). For dessert, try the gjetost molten cake with apples and creme fraiche. It’s everything you want a dessert to be.

I could go on but I won’t. Suffice it to say that a month ago when people asked me about my favorite restaurants, I’d say Seven Reasons and St. Anselm. Now I have a third. 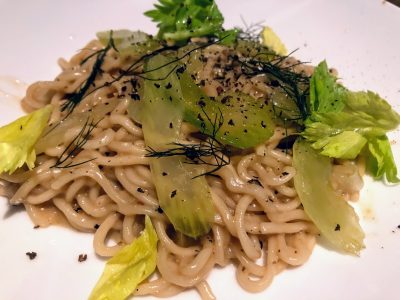 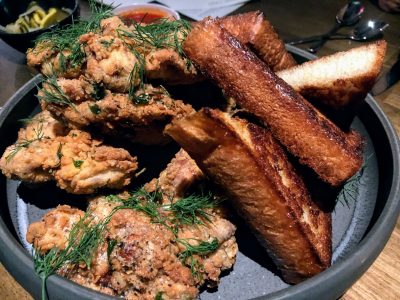 Punjab Grill does something difficult: it sets a high bar for itself and then lives up to expectations. Step into the posh $5 million interior — be sure to check out the ultra-luxe private dining room to your left as you enter — and sit through your server’s formal, slightly overwrought, welcoming speech, and you wonder if the food can match the hype. Thankfully, it does. This is Indian cooking that rivals standard-bearer Rasika but, unlike Rasika, readily incorporates influences beyond the subcontinent. Take the off-menu whole duck. It’s carved table-side with the rendered skin and meat assembled into little pancake-like rotis with a swab of ginger-prune sauce, essentially an Indian version of Peking Duck. While it’s on the pricey side at $120 — and the server could have more clearly disclosed what it would set us back — you get 15-20 delicious pancakes. If you have a party of four or more, it’s well worth doing. Other winning dishes include the tuna tartare, the chicken tikka sampler, the chutney flight, the Hokkaido scallops, and, that Instagram darling, the raan lamb topped with gold leaf. 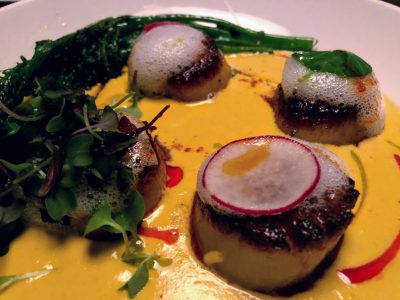 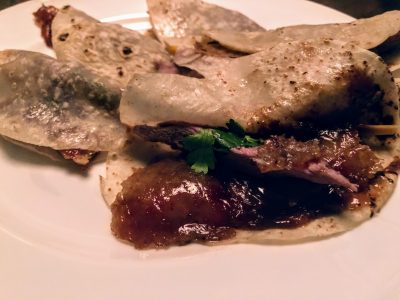 Stellina represents a new breed of fast-casual dining. You still order from a counter, like a Chipotle and other fast-casual spots, but the cooking no longer aims simply to be a better version of fast food. It’s designed to compete with the better restaurants that specialize in that cuisine. I’m thinking of places like ChiKo, Cielo Rojo, Fava Pot, Kuya Ja’s, and now Stellina, restaurants that take a backseat to no one on food quality but have chosen a more casual way to deliver it. Call it “fine-casual” eating.

Stellina bills itself as a pizzeria but it’s much more than that. The pizza itself is very good, with a thin crust and light touch on the toppings that make it easy for even a single diner to consume a whole pie (no, it’s not just me; I was watching other people around me…jeez). Tom Sietsema called it Neapolitan with the load-bearing crispness of a Roman pizza, but mine drooped completely in the center like a regular Neapolitan pie. In any event, you can get decent pizza lots of places. What is harder to come by are pizza places that do other dishes as delicious and well-conceived as Stellina (2 Amy’s comes to mind). Try the frito misto, the Roman-style artichokes, the Caesar salad with gorgonzola, the porchetta panino, and the paccheri all’Avellinese. 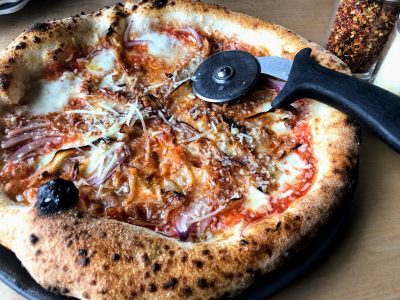 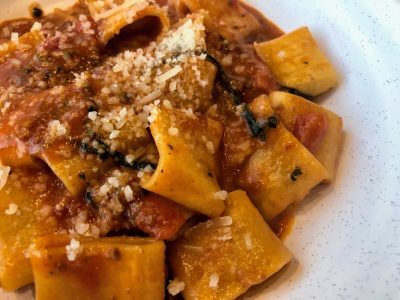 Looking for a civilized lunch spot in Downtown DC? Somewhere with the quiet sophistication of Tosca without feeling like you’ve walked into a private club with a Groupon guest-pass? Modena, the recently re-booted and re-branded Bibiana, is the spot for you. Start with a selection from the lovely antipasti cart or the Lancaster Chicories, maybe the prettiest starter salad in town, then move on to one of the pastas like the corn agnolotti or other mains. Whatever you pick will be well-executed — Chef John Melfi cooked under Fabio Trabocchi at Fiola and Fiola Mare — and the restrained portion sizes won’t leave you feeling weighed down. 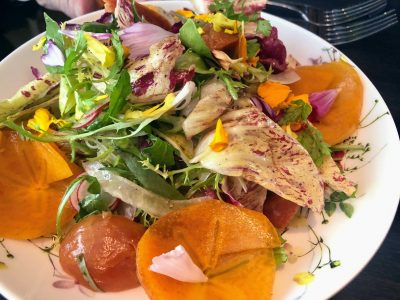 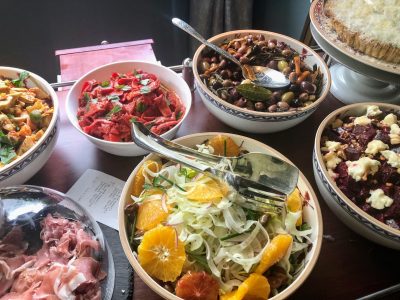 Expectations don’t get any lower than before I ate at The Pembroke. It’s located in the Dupont Circle Hotel, which means it starts out with two strikes: (1) it’s a hotel restaurant, and (2) it’s in Dupont Circle, where good restaurants are as rare as a millennial with a work ethic. (It’s a JOKE millennial readers; enough with the Ok, Boomer comments.)

Well, how wrong I was. The room has been redone at great expense and festooned with floor-to-ceiling windows that show off the bustle of Connecticut Ave. The chef is Trinidad-born Marlon Rambaran, who cooked at Le Bec Fin in Philadelphia and has a sure hand in the kitchen. Everything is well-conceived and cooked and seasoned properly. Try the tuna tartare, the excellent steak frites, any fish preparation, and the made-to-order tarte tatin.

In the end, I learned a valuable lesson about the danger of making assumptions. I only wish I could come up with a clever way of making the point. 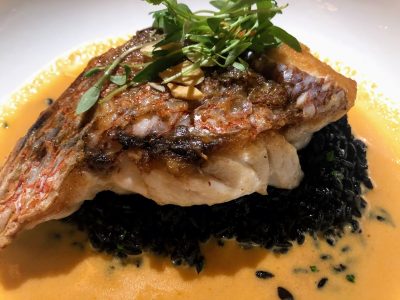 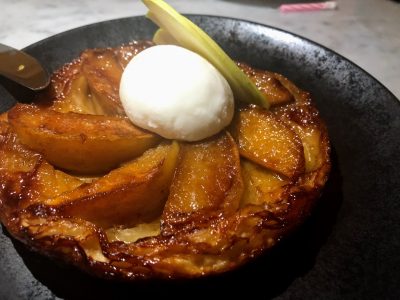 Anju was my anti-Pembroke. My expectations for Anju were sky-high. It’s a modern Korean restaurant from the ChiKo team, one of my favorite restaurants in DC. And my foodie feeds were piling up with such over-the-top superlatives that even Kanye West would say take it down a notch. Turns out, Anju was good but not great. I liked the beef tartare, the mandu, the rice cakes with mushrooms (and added bulgogi), and the silky egg custard. The Ssam board with seared short-ribs was decent, although the serving didn’t seem as generous or as succulent as the online pictures I’d seen. The panchan, which you pay for at Anju unlike many Korean restaurants, were disappointing. I hear the fried chicken is terrific but didn’t try it.

Overall, I left Anju with the same feeling I had after seeing the movie Sideways. By the time I saw it, I’d heard so many raves that it couldn’t possibly live up to expectations. It turned out to be a perfectly nice movie but not earth-shattering. That’s how I feel about Anju. At least I didn’t drink any fucking merlot. 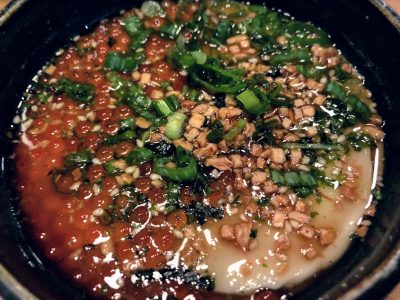 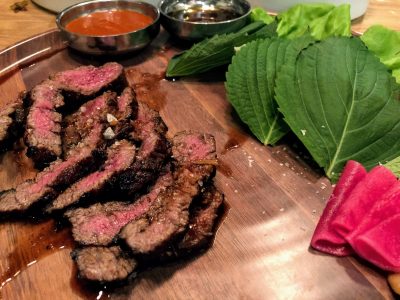 It’s surprising there aren’t more Tex-Mex restaurants in the District. It’s such a crowd-pleaser that even middling efforts like Lauriol Plaza and Cactus Cantina are packed. So this little taste of Texas should do quite well, particularly since the atmosphere and the cooking are several cuts above the norm. The room has a laid-back Austin-y vibe, with little red pepper lights and bare light bulbs stretched across the cozy L-shaped dining area. The greaseless chips and chunky, not-too-spicy salsa that come gratis get things off on the right foot. Guacamole is straightforward but very good (and I’m not just saying that because it tastes exactly like mine). The chicken enchiladas with green chili sauce could have used more oomph and were helped immensely by dumping the rest of my salsa on top. The banana tres leches cake is a cross between tres leches and banana pudding, complete with Nilla Wafers, so anyone complaining that the problem with desserts these days is they aren’t sweet enough, have I got a solid tip for you. 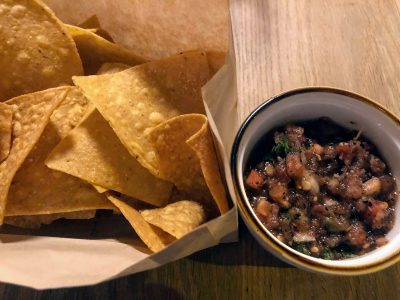 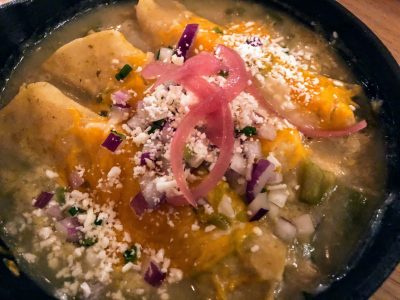 I hope this round-up helps. I sure feel a lot better. Now if only the pace of restaurant openings would slow to accommodate my blog postings. The conveyor belt sometimes feels less like Lucy Ricardo working at the chocolate factory and more like George Jetson walking Astro. Jane, if you’re listening, please stop this crazy thing. 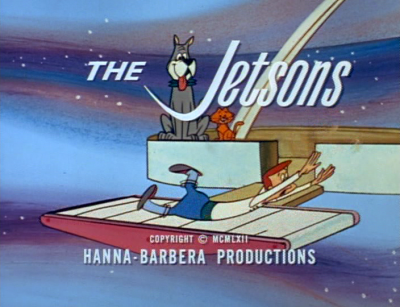 3 Responses to Keeping Up with the Culinarians