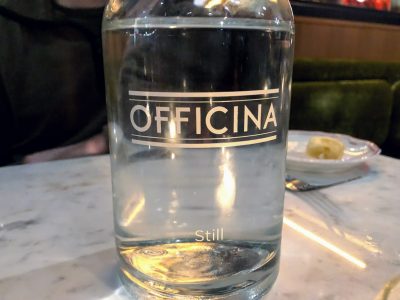 I should have been in a better mood when I left Officina after dinner last Friday night. I’d just eaten at one of the most anticipated restaurant openings of 2018 by one of DC’s top chefs, Nicholas Stefanelli of Masseria. Indeed “restaurant” is probably an inadequate word to describe what I’d just experienced. Officina is more like a create-your-own foodie adventure covering three floors: a cafe, bar and market/butcher shop on the first floor, a trattoria and bar on the second floor and a terrace with fire pits on the roof. Tom Sietsema reviewed Officina in the Washington Post this past Sunday, awarding it 2 1/2 stars and pronouncing it “14,000 square feet of fun.” 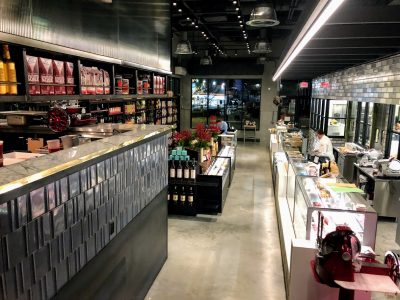 So why was I brooding like a teenager whose phone had just died? I was watching my wife toast a marshmallow for an after-dinner s’more over the Wharf’s outdoor fire pit when it dawned on me. I knew this feeling. I’d had it in 2017, just after I ate dinner at Range in Friendship Heights.

Long-time readers may remember my post about Range at the time, which I dubbed “the saddest restaurant in DC.” It finally closed earlier this year, long after it had faded into irrelevance. But my melancholy in 2017 wasn’t about its growing obscurity. It was about how far it had fallen from the audacious heights it had reached after its opening several years earlier.

Range was the Officina of its day.

Celebrity Chef? Bryan Voltaggio was a culinary star, bigger than Stefanelli is now, and Range was his first DC restaurant.

Meticulous procurement? Range, like Officina, was obsessed with sourcing for charcuterie, meats, and cheeses.

Ambition? Range had nine separate food stations, including a bakery, a salumeria, a raw bar, a pasta kitchen, a wood grill, a confectionary, and a pizza kitchen. Officina tracks most of those, save the confectionary and pizza kitchen, and adds a butcher shop. Everywhere you looked at Range — and everywhere you look at Officina — there were people cooking, slicing, shucking, plating, serving and facilitating.

And for a while it all worked. The seats at Range were filled, the prep stations were humming, and the accolades were flying. Until they weren’t. When business slowed, the sheer scale and scope of the place worked against it. The multiple open cooking stations that gave Range energy when they were fully staffed now gave it a deserted look when they were dark. The offerings in the raw bar and display cases dwindled. The crowds slowed even more and pretty soon whole sections of the sprawling floor space were cordoned off. The air of decline fed on itself.

Welcome to the world, Officina!

Oh yeah, I also had dinner. 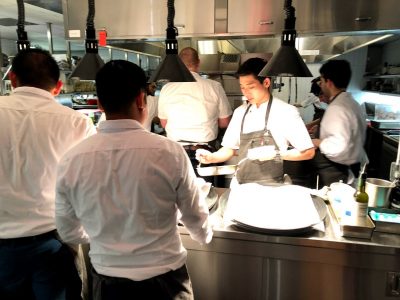 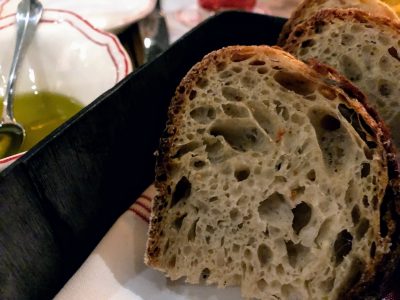 I usually don’t include photos of a restaurant’s bread service but Officina’s bread is very good and the little bowl of olive oil for dipping is deliciously rich and grassy-green. 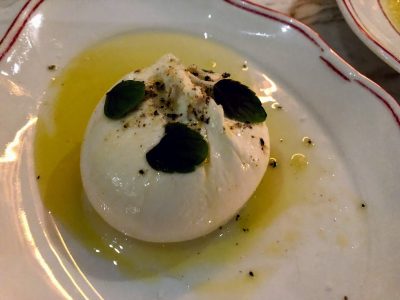 Ask for some extra bread for this fresh and clean-tasting burrata from Puglia. 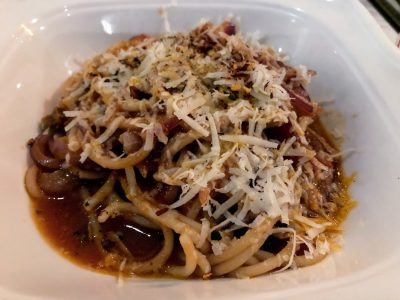 Half of Officina’s pastas use imported pasta and half are made in-house. This bucatini is imported from Gragnano, Italy, a town near Pompeii, where the local soil and water supply supposedly imbue the pasta with certain mineral qualities. I don’t know about all that, but then again I’ve never met a bucatini I didn’t like. The tomato and guanciale anchor the delicious sauce that you may want to sop up with whatever bread you have left. My only quibble is I wish the dish contained a few more strands of pasta and a few fewer shavings of red onions. 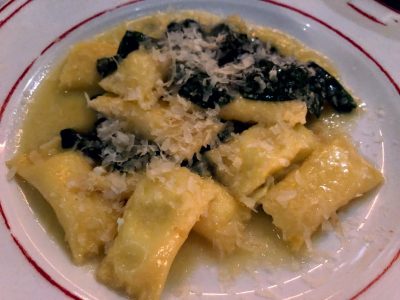 Simple preparation, perhaps a tad too simple. Could use a pop of spice or texture. The agnolotti themselves are good but not nearly as supple as the gold-standard agnolotti I had recently at Lilia in Brooklyn (foodie name drop). 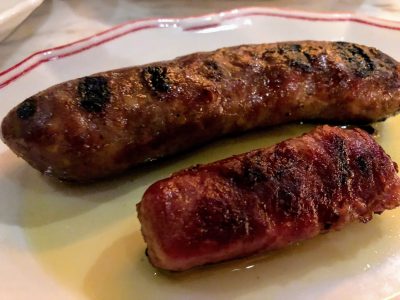 The sausage (top) is juicy and redolent of fennel. Would be great with a little pasta and red sauce.

I’d never heard of Bombetta Pugliese (bottom) but am glad I took a $6 flyer to try it out. This little porky nugget filled with cheese turned out to be the best bite of the evening. 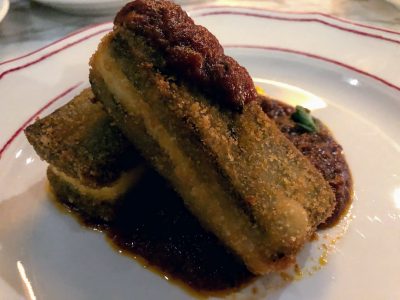 The most disappointing dish of the night. I love anything parmigiana and was dying to try a cheffy dish that promised to expand my parm horizons. But this just didn’t work. The veal cheeks and cheese component mushed together inside these logs and the tomato sauce was overly thick and lacked brightness. Major fail for $35. 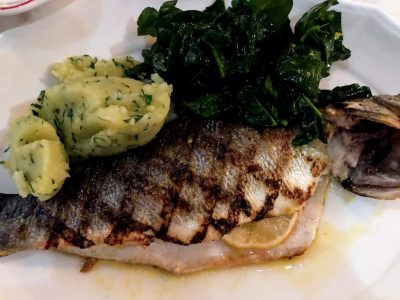 The fish itself was moist and dressed simply with lemon and olive oil. Be aware that none of the proteins, including the branzino, come with sides. The potatoes and spinach pictured above will cost you $11 each.

I want to remain hopeful that Officina will not suffer the same fate as Range but I can’t think of any counter-examples that would give me comfort. Eataly and Union Market are food halls. They draw a lot of traffic from people looking to browse, including culinary tourists looking for something to do. That’s not Officina. The data point I keep coming back to is the Wharf itself. I worked in Southwest DC for a decade. If you’d told me the backwater that housed Hogate’s and Phillips could be transformed into a true food and entertainment destination, I never would have believed it. Sometimes audaciousness pays off.

Still, my advice is go to Officina now. Go while the larders are fully stocked, the cooking stations are bustling and customers abound. After all, the more floors a restaurant adds, the closer it flies to the sun. 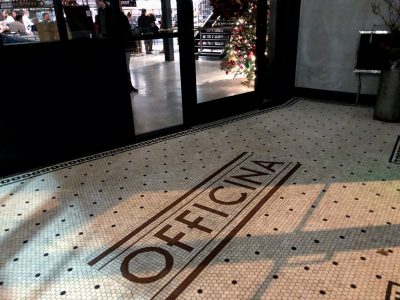 One Response to The Unsettling Audaciousness of Officina