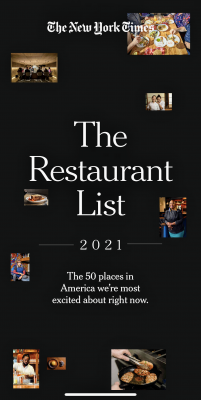 The New York Times is trying to kill me. I don’t know what I did, but obviously it was something that hurt them a lot. Because their new list of the 50 top US restaurants hit me like a Tyson Fury right hook. Despite a lifetime obsession with finding the best places to eat, it turns out I’ve been to exactly one of the fifty restaurants on the list — DC’s Thip Khao (I haven’t even been to Cane, the other DC restaurant named). If a .333 batting average gets you into the Hall of Fame, I don’t know where .020 gets you, other than maybe a lead-off slot for the Nats.

I’ve spent the better part of this week looking for some excuse not to hop into the car and start driving. My first thought was the Times probably hacked my phone and eliminated any restaurants I’d been to from contention — and Thip Khao was just a clever ruse to throw me off the scent. Then I remembered that “someone hacked my phone” is usually the initial reaction of terrible people caught red-handed doing terrible things and has never, ever held up. I needed something better.

Maybe I could blame the messenger. According to the Times, “the Food desk dispatched critics, reporters and editors around the country to find the 50 most vibrant and delicious restaurants in 2021.” Well, well, well. The Food desk dispatched some snooty New Yorkers to the hinterlands for a weekend to uncover the country’s fifty best restaurants? I know it couldn’t be more than 48 hours because that’s how long New Yorkers can go without driving everybody nuts with their kvetching about not being able to get a slice of pizza at 2 am.

Apocryphal? Here’s the actual map the Times used to dispatch its reviewers across the country: 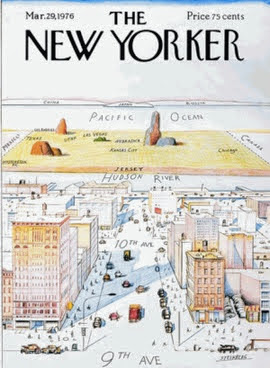 Ok, perhaps I’m being a bit unfair (to the process, not New Yorkers). Maybe the Food desk handled everything as well as it could. Maybe it even would have gone itself if it weren’t a desk and had the gift of mobility. So excuse my rants. They’re one of the ways I cope. The other way is simpler and in this case proved far more productive. I ate. 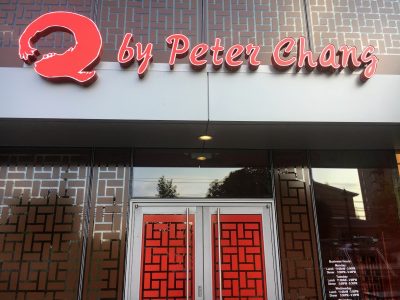 If you haven’t been to Q by Peter Chang lately, it’s time for a return visit.

Back when it opened in 2017, I practically camped out in front of Q like they were releasing a new iPhone. Bethesda desperately needed a good Chinese restaurant and here was the great Peter Chang, not only opening in Bethesda but promising to make it his flagship. Sadly, the reality was somewhat disappointing. Chang’s initial menu leaned towards pricey, one-of-a-kind dishes that weren’t particularly memorable and left me and many others feeling disgruntled, or as PG Wodehouse would put it, at least far from gruntled. To rub salt in the wound, Chang subsequently opened Mama Chang’s in Fairfax, a far more accessible and popular restaurant that left Bethesdians once again wondering why we can’t have nice things.

Fast forward to today. Q feels a lot more like Mama Chang’s than the original Q. It still features Chang’s terrific Peking Duck, but now includes more of the type of homey, flavor-forward dishes that made Mama Chang’s such a hit (I’m sure the pandemic played a large role in the shift). New dishes like Fresh Corn with Wild Baby Scallops and “Mala” Ribs with Peanuts have replaced precious early pairings like Beef with Kumquats. Those dishes join Peter Chang classics like scallion-bubble pancake and dry-fried eggplant, as well as terrific renditions of dishes like dan-dan noodles, kung pao chicken, and dragon eggplant (worth ordering just to admire the knife skills). At last, the disturbance in the force has been quelled and Q has taken its rightful place as Bethesda’s best Chinese. 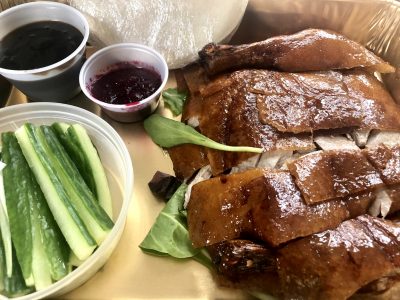 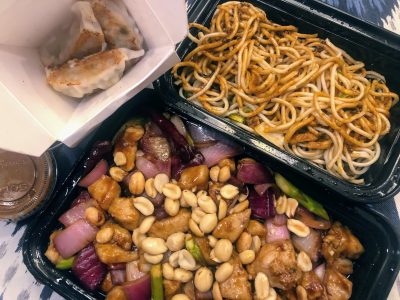 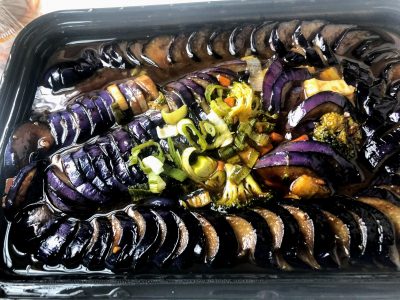 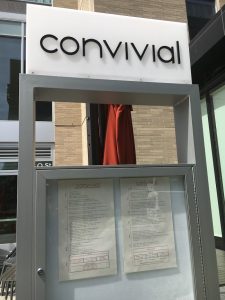 French bistros have proliferated throughout DC since Convivial opened its doors in 2015. But few are as consistently delicious. Order with abandon because everything has to pass through Chef/Owner Cedric Maupillier’s exacting review. The ingredients will be fresh, the technique spot-on, the flavors and textures well-balanced. The other thing to know is that Convivial has a lovely patio that’s relatively easy to snag a reservation for. I don’t know why that is. Maybe people are looking for the new, new thing or maybe it’s because Convivial doesn’t radiate the transporting bistro vibes of a place like Le Diplomate.

As I said, order whatever looks good, but let me put a pitch in for the salads — the Salade Lyonnaise, the Caesar, and the Leeks Vinaigrette — a category that I rarely focus on but are worth a special shout-out here. The Poireaux (Leeks) Vinaigrette, for instance, has been on the menu since Convivial opened. It’s a disc of steamed leeks in a lovely vinaigrette topped with chopped egg, capers, tiny croutons, and sprouts. True, leeks are one of my favorite foods — and actually form the bottom layer of my personal food pyramid — but I think even the leek-resistant will enjoy it. In fact, I’d put it on the list of iconic DC dishes alongside such luminaries as Rasika’s Palak Chaat, Rose’s Luxury’s Pork & Lychee Salad, Ben’s Half-Smoke, Thip Khao’s Naem Khao, The Red Hen’s Sausage Rigatoni, Kinship’s Roast Chicken, The Dabney’s Fried Catfish Sliders, Little Serow’s Whiskey Pork Ribs, Maketto’s Fried Chicken, and Astro’s Creme Brûlée Doughnut. I hear Cane’s chicken wings may belong on that list but can’t quite bring myself to mention it. Too soon. 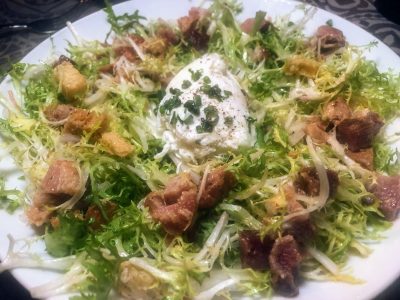 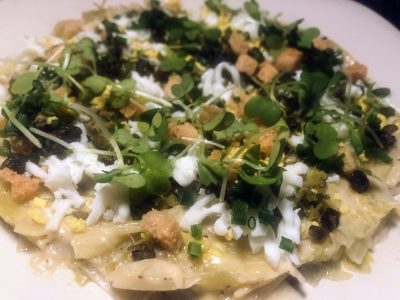 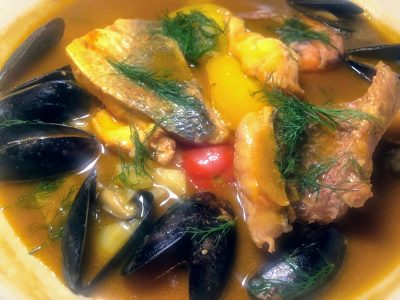 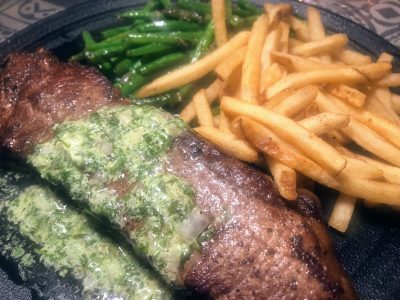 So there you have it. It’ll take more than the New York Times to put me off my food. Thanks to everyone who sent cards and DMs to buck me up. I really appreciate it but I’m doing fine. Really. I have a reservation next week at Cane. By this time next week I expect my batting average to soar to .040.

One Response to The Best Things I Ate This Week (Despite Being Tormented by the NYT) (Oct 16, 2021) — Q by Peter Chang and Convivial